Antibiotics: 3 Things You May Not Know

If you're a parent you know this scenario well: your child is miserable with an earache, soar throat, and an 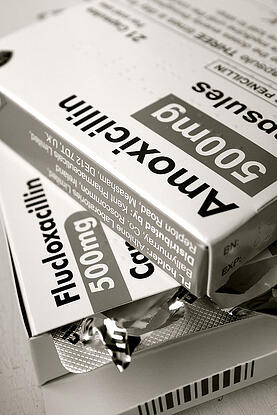 endlessly running nose. You take her to the pediatrician who tells you that the sickness is probably not bacterial, but you are desperate to get relief for your little one. Against your better judgement, you ask for an antibiotic because the thought of one more moment of this illness is too much. And then, voila. After a couple of days, your child is back to herserlf, and even though you suspect that the placebo effect is in play, you're still kind of grateful for the meds.

Antibiotics are wonder drugs. Alexander Fleming's discovery of penicilin in 1928 changed the way that we understand and treat serious illnesses. Today, though, we're still learning about and developing antibiotics, and here are three things that you may not have known about them.

1. It probably wasn't the antibiotic.

As it turns out it is somewhat unlikely that your child's recovery had anything to do with the medication. Researchers at Seattle Children's Hospital found that only 27% of acute respiratory tract infections (ARTIs) are caused by bacteria. That means that 73% of those yucky infections have a virus at their root and viruses don't even flinch when facing an antibiotic.

2. They are vastly overprescribed.

Despite the facts in item #1, doctors will prescribe antibiotics to 57% of young patients who present with ARTI. If antibiotics were benign treatments, it might be just a case of overdoing it. However, there are public health implications to all of these prescriptions, as resistance to antibiotics can become life-threatening to individuals and communities.

The New York Times reported on a recent study where scientists "... identified genes for making over 3,000 previously unknown molecules that may prove to be useful drugs." According to the study, clusters of microbial genes work together to produce tiny amounts of "natural products" that could be used to develop new medicines. Scientists theorize that the reason your microbiome doesn't wipe itself out is that the gene clusters only emit enough antibiotic to ward off their competitors.