The Synthetic Yeast Genome and Agile Development - Two Peas in a Pod? 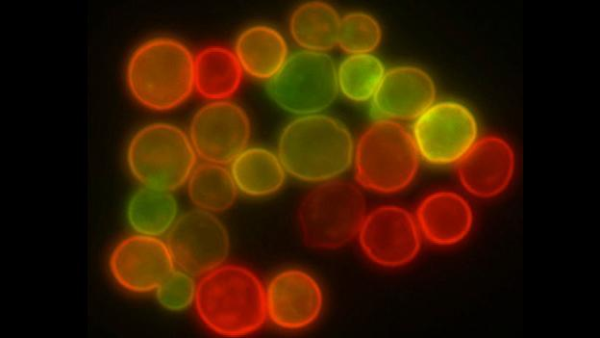 On a random, early Saturday morning, I was listening to a story featured on WAMU 88.5 (American University Radio) related to a recent advance reported in Nature (Dymond, J. S. et al. Nature 2011). Essentially, scientists are working on manipulating yeast to behave like a little factory for humans, producing fuels and specialty chemicals.

While the radio piece articulated at the consumer level the story of synthetic biology in about 30 seconds (which alone is cool for this layperson), highlighting the story of aspirin from Hippocrates’ initial suggestion that pain could be treated with willow bark to our ability to extract and then make the ingredients required. Jef Boeke at John Hopkins discussed some of the potential future uses for developing yeast optimized for specific purposes, such as production of biofuels, vaccines or drugs. Super cool. But so what?

Peter Enyeart, a Texas at Austin graduate student who reviewed the Nature paper, articulated something transcendent between the worlds of experimentation and discovery and software development--"Evolution remains our best option for designing code, which makes sense because that's how nature does it." While he was speaking to the "scramble technology" approach being used by the Boeke's lab--which creates a massive set of synthetic mutations which can be iteratively gone through to choose which ones work best for a given purpose--I'd propose that his other comment, "if you just try to intelligently design it - if it works at all, it probably won't work well" speaks right to the heart of quality software engineering.

We have learned in the vastly immature art of software engineering (as compared to the long practiced art of medicine), that in projects large or small, trying to elicit all the requirements, come up with a grand "intelligent" design, and then code and test it out probably won't work and surely won't work well - because "change" happens. "Needs" evolve. What is originally envisioned can change frequently during the development process for a multitude of reasons. I don't mean to suggest that performing comprehensive design exercises is futile. What I am inspired by, and continue to see in our results, is that getting at the basis for what software needs to accomplish, coming up with the best design possible, trying it out and doing so in short intervals that balance pressures of budget, time, and quality is the best way we know to deliver value. We represent that belief in our Glassbox Development Process - itself an evolving methodology, and it is comforting to know that in our target markets of health and life science, a similar belief is held.

October 2011 marks the eighth annual National Cyber Security Awareness Month sponsored by the Department of Homeland Security in cooperation with the National Cyber Security Alliance (NCSA) and the Multi-State Information Sharing and Analysis Center (MS-ISAC). Though the month is geared mostly toward informing and empowering individual consumers, as software developers, here at 5AM we take our responsibility to ensure that the applications we create are as impervious as possible to web-based security threats while balancing the need for them to be useful, usable, and used . Among our many clients , 5AM currently develops software products for the National Cancer Institute (NCI)-- including caArray, caIntegrator, CTRP, and FIREBIRD. Each of these products include a web interface component where cyber security is absolutely imperative.

An Ambitious Plan for Understanding Cancer

The Multiple Myeloma Research Foundation (MMRF) recently announced an exciting study designed to understand how and why patients respond differently to treatments in multiple myeloma. Multiple Myeloma is a type of blood cancer for which about 20,000 new cases are diagnosed every year in the United States alone. The five-year survival rate is anywhere between 40-70%, depending on how early the disease is caught. There are a variety of treatments including therapeutics and stem cell transplants, but not all patients respond to treatment.

The MMRF was involved in funding a pilot study that used next-generation sequencing technologies on multiple myeloma. The results of that study, which looked at 38 patients, were published in March in the journal Nature. They found a number of recurrent mutations in the cancer cells from different patients. This is a promising result as it indicates that there could be subtypes of the disease that might be appropriate for targeted therapies.

This new study, called CoMMpass, will enroll 1,000 patients and apply next-generation sequencing technologies to look further at the molecular basis for the disease. These technologies are becoming affordable enough that complete sequencing of DNA and RNA from large cohorts of cancer patients has become feasible. The Cancer Genome Atlas (TCGA) and the International Cancer Genome Consortium (ICGC) are beginning to apply these techniques to many different cancer types.

But what separates the MMRF's effort from those projects is their commitment to following patients over longer periods of time and capturing the rich clinical data that is available with frequent follow-ups. TCGA and ICGC both capture some clinical data from the patients who they sequence, but it is typically limited to the specific point in time when the samples were gathered. The MMRF study will keep in touch with patients for at least 5 years so that their progress can be tracked as they are treated. This will make it possible to find connections between their different responses to treatments and potential relapses, and the molecular changes in DNA and RNA in their cancer cells.

I hope we see more of this type of study in the future. I suspect that the combination of a large number of patients, detailed molecular information and comprehensive clinical data will shed light on cancers of all types.

Adding Life to the Sequence Quality Debate with a Little Illumination

Much attention has been given to the subject of next generation sequencing (NGS) quality lately. As the MiSeq sequencers from Illumina start to ship and compete head to head with Life Technologies’ Ion Personal Genome Machine, expect the discussion to only intensify in the months ahead.  Sequence quality, read lengths, workflow complexity – these are all the arrows that fill a marketing department’s quivers. Having worked as an arrow-maker myself at a platform technology company, I know that one needs to treat the analyses coming from vendors with a grain of salt. A technology can often come out ahead if the question is asked the right way.

Refreshingly, scientists have taken to blogs and Twitter to offer timely and hopefully less biased comparisons of technologies (including offering such as biolektures' "ion-torrent-qv-prediction-algorithm" and EdgeBio's "Miseq vs. Ion Torrent – Round Two"). The Food and Drug Administration has started a Sequence Quality Control project (SEQC, aka MAQC-III) to attempt to make a more comprehensive comparison of sequence quality, although I don’t envy the challenge they face in keeping up with technological advances.

Analyses of sequencing qualities by themselves are interesting but academic without having a specific application in mind. As an example, whereas medical sequencing and diagnostic applications require high accuracy over a subset of the genome, applications like RNAseq and copy number analysis might tolerate more sequencing errors but require high read count and an even coverage of the genome. While one technology may excel in a given application, it might not work as well for another. For this reason, our clients come to us with data from all of the major NGS platforms as well as older technologies like 454 and Sanger sequencing. Given the nuances of different error modes and read coverages of each system, our job is to know which tools work well with which technologies for which applications.

Finally, although technologies will continue to differ in their strengths and weaknesses, one constant we should expect is continued improvements from all the vendors as their technologies mature. We’ve been very fortunate to work with Life Technologies to support some of their internal efforts to track and monitor these improvements and we look forward to helping with more external efforts in the future. For another NGS company, we have helped facilitate side-by-side comparisons of their system to other sequencing technologies in discovering cancer mutations. Efforts like these are driven by the market pressure towards ever cheaper, more accurate sequencing data and will ultimately benefit the NGS customer and science in general.

Click here to view related testimonial on the 5AM experience.