Is healthcare technology good enough? Robert M. Wachter, M.D., Professor and Associate Chair of the Department of Medicine at UCSF says no. Or at least not most of it yet. He claims that most of the electronic medical records systems used in hospitals are so bad, that some physicians seeking new positions think that not having an EMR system is a perk. 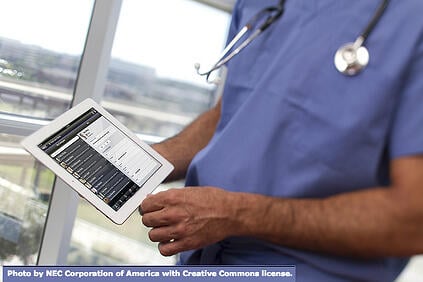 Dr. Wachter cites at least four reasons that EMRs haven’t yet delivered on their promise to transform medicine, but in particular, he points out that the systems have failed to prove that they are essential to aiding what doctors do best: treating patients.

However, Wachter is not a Luddite, and despite the deficiencies illuminated in his Times piece, he clearly likes technology, and believes that good technology solutions — at 5AM Solutions we define “good solutions” as the ones that are useful, usable and used — are our best bet for wrangling tons of information into useful applications for treating patients. He says:

“Health care, our most information-intensive industry, is plagued by demonstrably spotty quality, millions of errors and backbreaking costs. We will never make fundamental improvements in our system without the thoughtful use of technology. Even today, despite the problems, the evidence shows that care is better and safer with computers than without them.”

Wachter isn’t the only one who is frustrated by slow adoption and even slower improvements to healthcare technology. In a post on the Wall Street Journal’s TheExperts blog, Dr. John Sotos, a cardiologist and flight surgeon, sees the potential for big data in your doctor’s office. His complaint isn’t so much with the technology per se, as it is with the hurdles to implementing a large, centralized system containing full patient records.

While Dr. Sotos envisions a system maintained by governments, former New York City mayor Michael Bloomberg, through his Bloomberg Philanthropies, has teamed up with the Australian government in an public-private collaboration to collect health data. The aim of the 4-year, $100 million collaboration is to gather basic health information in 20 countries in Southeast Asia, Africa, and Latin America where there are not effective, consistent ways to track more-than-generalized information about people’s health when they are born and when they die.

Data has been cited as a key to better health, and we certainly believe that that’s true. However, that takes us back to Dr. Wachter’s point: the tools to collect, manage, and analyze that data have to be indispensable to medical practice to be widely used. They have to reflect — and even anticipate — real-world workflows and situations.

When they do, the tools will be as useful, usable, and used as stethoscopes.