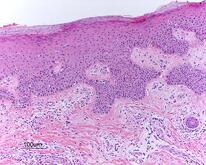 There are several critical and time consuming steps in procuring tissue samples that can be used in research. For example, a review board has to approve your research proposal before you can acquire any samples to begin with. On one hand, it is comforting to know that the your specimen is going to be used for good and not evil--That alone should put you at ease knowing it is not being used for human cloning! Informed consent by a patient allows for a tiny amount of control of your specimen after it is out of your direct control. The bad is part is that very process gets in the way of the pace of research every day.

Each sample must be accompanied by informed consent of some form or the sample cannot be used—In many cases, fears of legal liability by Universities and other institutions that house tissue samples prevent tissue from getting into the hands of researchers who really need it to make cures happen. Too much time is spent chasing down patients to sign consent forms, often at really inopportune times. Most patients are asked to give such permission just before going into surgery, which is obviously a very stressful time during which they really don't want to be bothered with such things (and may even refuse on account of the added pressure of stress). There is also no universal standard for informed consent language, which causes problems because each researcher needs specific legalese within their particular informed consent vehicle before they can acquire samples, restraining the effort even more. By in large, informed consent could be effectively done away with by using an independent review board of some sort to ensure the specimens are not used inappropriately. Otherwise, the whole process remains a large impediment to cancer research.

So can't we all just get along? Doing away with these long standing practices really isn’t going to happen anytime soon because of individual fears that something will go wrong, or that a more flexible and open process would allow for too much slack for science, and not enough control for other stakeholders. Cases like the one about Henrietta Lacks, where it was discovered that a woman’s cervical cancer tumor cells were harvested in the 50’s, grown repeatedly over the decades (to volumes literally in the metric tons), and used in some of the most groundbreaking research ever done—but without her knowledge or consent—keeps the fears alive. Not only did the family not know about it until decades later, but when they were informed, they were shocked, with most seeing it as unethical, and even just plain wrong to have taken their loved one’s cells and grown then en masse, distributed and used them for unknown purposes. Though that kind of harvesting was considered a standard of practice at that time, it seemed barbaric to the family and others, making the institution an enemy of suspicion, not a hero, regardless of the research outcomes and many lives her cells has helped to save. Cases like hers put the exclamation point on the many reasons why we currently don’t (can’t?) streamline the process.

But for a moment, just imagine the possibilities if we could look past those fears, and focus on the positive results to be gained? Simplifying the process and unleashing the researchers so to speak would no doubt incrementally increase the speed of identification of cures that benefit the human condition.

So what are your thoughts?