Genetic Disorders, Vaccines, and the Power of Coincidence 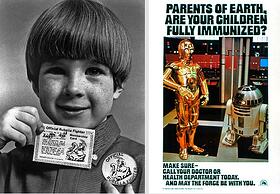 There was a very interesting article in the Washington Post recently in their Medical Mysteries series. It described a little girl who began having seizures when she was 6 months old, and continued to have them, along with quite a few other developmental issues. Her parents believed that, because the first seizure happened three days after a vaccination, that the vaccine caused her disorder. Most of you probably know that there are people who believe that vaccines cause some diseases, especially autism. This has been widely discredited and no trustworthy scientist I know believes the connection is true.

But that doesn’t stop people from believing it. I have often wondered why people believe something that is so widely accepted as untrue. You could say that people don’t understand science, but I think that’s not giving people enough credit.

After reading this story, I think I understand the situation better. When the girl was 10, after a decade of trying to figure out what was wrong with her, and believing that vaccines had something to do with it, they discovered that she had a rare genetic disorder called Dravet syndrome. Dravet is caused by a spontaneous (that is, not inherited) DNA mutation that is already present before birth, so vaccinations had nothing to do with it.

The onset of symptoms in Dravet is typically triggered by a fever, and the girl had a fever as a result of the vaccination, but it has been shown that fever from any source can trigger the symptoms. So what happened is that the girl’s parents, as you might expect, latched onto the closeness of two events and inferred a cause and effect, when in essence it was just a coincidence. It’s far easier for people to find connections between things they can see, such as vaccinations and seizures, than connections to unseen genetic changes.

Imagine that any time something bad happened to a child, with no obvious other cause, within three days of being vaccinated, that another story would be told of vaccines causing harm; a story that could be widely spread and even turn into a lawsuit. And now remember that children can get vaccinated up to seven times before they reach the age of 18 months. So any event that happens has an almost 4% chance of happening within three days of a vaccination (7 vaccinations * 3 days = 21 days, 21 / 1.5 * 365 = 3.8%). That’s a small chance, but given that there are millions of children under age two in just the United States, even a rare event that happens to only in one child in 1,000 would happen within three days of a vaccination hundreds of times. Those people would become believers, like the family in the story, and have a powerful story to tell others.