An Introduction to the Realm of Wearable Health Technology

While the press has been touting 2014 as "the year of wearable technology", many of us know about, and may already be using wearable technology that helps us improve many aspects of our health and our lives. For example, if you're a fitness enthusiast or a competitive athlete, you're probably already using a wireless heart rate monitor - a sensor that's worn around your upper torso - with a watch or an app on your phone that uses GPS to track your position, activity and effort. 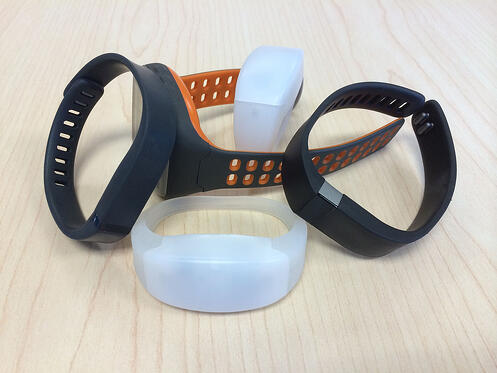 However, even if all you're interested in is keeping track of certain aspects of your health such as your weight, blood pressure, activity level, etc, many reasonably priced devices that do this have been available to consumers for a while. Despite all the cool devices that are already available, the industry is just getting started, and 2014 promises to bring some new and/or improved devices that have the potential to make our lives even better!

This series of blog posts will introduce you to the realm of next generation wearable health technology.

As I mentioned previously, reasonably priced heart rate monitors and the science of heart rate training have been around for a while. However, a few new devices that sense and keep track of your heart's health will go on sale this year. The most interesting of these are LG's HRM (Heart Rate Monitor) Earphones which will measure heart rate, VO2 max - your body's maximum capacity to transport and use oxygen and an indicator of how aerobically fit you are; the higher your VO2 max, the better) and activity (via a 3-axis accelerometer). Indeed, the fact that they're able to sense and monitor so many things makes them more of a multi-sensor than a plain old heart rate monitor.

While many accelerometer-based devices (such as Nike's Fuelband and Fitbit's and Withings’ activity tracking products) have already motivated, helped and even entertained everyone from people who just want to become a bit more active to hard core quantified self geeks and athletes, a couple of new devices will provide us with even more information that's easy to use in real time.

The Atlas - an activity tracker that, like many products that are available today, is worn on your wrist - uses "exercise fingerprints" (i.e. Patterns produced by it's movement sensors) to do things like automatically count exercise reps in the gym. It also keeps track of your heart rate.

Hexoskin's compression shirt is worn underneath or instead of a shirt. It'll likely be more comfortable than heart rate monitor straps which can slip and/or become uncomfortable when they're worn for a long time (For example, during long distance running or cycling events). It measures everything from heart rate, heart rate variability - the variation in the time interval between heart beats - and heart rate recovery - the bigger the reduction in your heart rate after exercise during a fixed period, the fitter your heart is - to VO2 max, breathing rate, breathing volume and activity. While both of these devices are geared more towards serious fitness enthusiasts, athletes and quantified self geeks, they'll both provide the sort of information that could previously only be measured in a lab (but at an affordable price and in the field).

In the next installment, we’ll look at the multi-sensor, continuous tracking and entirely new types of technologies and tools that we can look forward to this year.