A few days ago I attended talks by Phil Bourne and John Wilbanks, both of whom are working on ways to make scientific data, including genetic information, more freely available for research purposes. Phil and John were speaking at an NIH conference called ‘Open Science: The Transparency Revolution’ (see agenda and videocast). Dr. Bourne is Associate Director for Data Science for NIH and Wilbanks is Chief Commons Officer at Sage Bionetworks. Bourne has only been in his position at NIH for about a month, so he outlined his goals, one of which was to create a data commons at the NIH where researchers could go to discover, access and analyze scientific data. 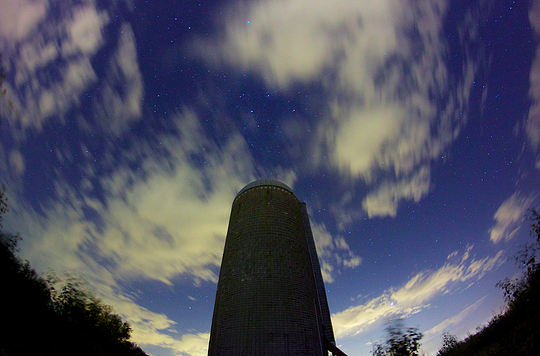 Wilbanks is involved with an effort at Sage called Synapse, which is a resource for sharing research results that clearly describes the analytical methods and data used. Both Bourne and Wilbanks made the point that with the large amounts of complex biological data being generated today, even by relatively small labs, it doesn’t make sense for each group to build their own tools and keep the data for themselves. Everyone would benefit from broad collaborations that bring to bear different disciplines and areas of expertise, and leverage previous analysis results. Wilbanks captured the current situation perfectly when he said “there’s nothing worse than tiny silos,” in reference to lots and lots of labs and research institutions running their own tools and maintaining their own collections of biological data. He said Google is another example of a silo, but at least it’s big one.

I wrote a month ago about Craig Venter’s new company, Human Longevity, which plans to sequence thousands of human genomes in search of information to lengthen human lifespan. Their business model is not totally clear yet, but I’m anticipating they will be making discoveries based on genomic information and selling or licensing those discoveries to pharmaceutical and diagnostic companies. Clearly Human Longevity would qualify as a silo, although at least, given Venter’s ambitions, it is likely to be a big one.

On a local DC news radio station yesterday morning, I heard an interview with Arthur Caplan, who is the Director of the Division of Medical Ethics at the NYU Langone Medical Center. He made the point that even though there are laws that protect people from discrimination based on their genetic information, those laws have gaps and don’t cover important things like life insurance. He even went so far as to suggest that people make sure that if they do get genetically tested that they pay cash and don’t let their data be put into any doctor’s record system, which I frankly I was a bit shocked by. He’s talking about a different kind of silo - a silo of one.

What’s clear from these items is that different people have different views of genetic information. Recent advances in DNA sequencing technology have reduced the cost of generating such information so there will be a lot more of this information in the near future. Companies such as Human Longevity see money in the data, if they can amass enough of it and apply the right tools to extract meaning from it. Biomedical researchers see the potential for increased knowledge if they can break down the silos that exist in the current academic research landscape. And at least some individuals see great risk in getting the information and sharing it, even with their doctors.

What’s most interesting for me is that it’s clear that knowledge and value will be gained by creating large collections of genomic data. For that to happen, large numbers of people will have to become comfortable with others managing, and perhaps even sharing, their information. Doing this in a way that balances privacy and openness will be the key to making the most of new DNA sequencing technologies in the coming years.