It isn’t exactly a problem; but it is a thing. 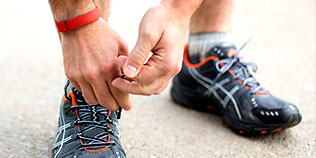 There is a sizable gulf between data collected using personal health monitoring devices and applications; and the mounds of data released by the FDA and the Centers for Medicare and Medicaid Services (CMS).

Technologists, researchers, clinicians, and entrepreneurs have two challenges ahead of them in making public data useful to John and Jane Q. Public.

Current users of successful health monitoring devices and apps typically fall into two self-selecting groups: health-conscious people (i.e., people getting or staying in shape) and sick people (i.e., Type II diabetes sufferers monitoring their diets). The applications and sites rely on data entered by users that is closed to the public and which is specific to individual users. The personal context is what what keeps ordinary users engaged.

In its current state, public data is not in a format that is usable to the average person. However, there are precedents for making huge, open data sets palatable to the public and useful beyond the most obvious consumers.

On their face, traffic and weather data aren’t particularly interesting. But last year, The Weather Channel’s app for smartphones and tablets soared past 100 million downloads. More than 45 million people downloaded Waze before Google bought the company for $1 billion in 2013 to beef up its Google Maps Service.

TWC and Waze took public data and made traffic and weather information the kind of thing you need to have at your fingertips; even if you’re not a sailor monitoring storms or a long-haul truck driver who needs to deliver perishable products as quickly as possible.

The FDA recently released a dataset of drug adverse events as part of its openFDA initiative. The release has a lot of promise and could yield many applications (especially in conjunction with other datasets). But it is developer-focused and thus the average person would find little use for it in its current form.

Imagine, though, that you’re suffering with insomnia. You download a smartphone app that keeps track of the amount and quality of  your sleep. The app also lets you log other health information like how much you exercise and your prescriptions. The app might ping the openFDA’s adverse drug events database and let you know that one of your prescriptions might be at the root of your insomnia.

Again, this might not be a problem, but it is an opportunity to use data to improve public health. In a follow-up post, I’ll look at how we’re using health data now, and how good design can lead to good solutions.

Image from Fitbit. The company's apps and devices are so successful because they make data engaging and personal to their users.