Taking Pharma to Where the Patients Are

According to Murray Aitken, Executive Director of the IMS Institute for Healthcare Informatics 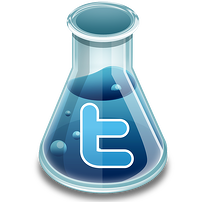 “Social media is where the patients are.”

However, there is a disconnect. While individuals — including patients — have eagerly embraced social media to share information about drugs, therapies, and medical devices, drug and device makers themselves have been slow to embrace social networking.

At the beginning of 2014, only half of the 50 biggest pharmaceutical companies regularly engage with the public using social media.

Chief among the pharmaceutical and device makers’ concerns has been a relative silence from regulatory agencies on how (or whether) companies should use social networking to communicate accurate, up-to-date information about their products.

In response, the FDA has released draft guidance to industry on using social media. MobiHealthNews recently published a good summation of the document:  8 Takeaways from the FDA’s Draft Guidance on Social Media.