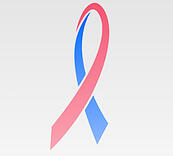 will die from the disease. In general, men's chances of developing the disease are about 100 time less that of women's. Comparatively, about 200,000 women will receive a breast cancer diagnosis.

Like women, men who have a first-degree family member with the disease have a higher than average risk of developing breast cancer. Men who carry a BRCA gene mutations are 100 times more likely to develop breast cancer than men in the general population, but even so, breast cancer is rare in men.

Because it is rare, and there is some stigma attached, men have not been routinely included in breast cancer studies. This is a problem because what we know about breast cancer -- in men and women -- is incomplete.

While men have had successful outcomes from treatments tested on women, there is still more to learn because men's breast cancer isn't exactly the same, and there are important factors that influence men's prognoses when they have breast cancer:

You can read more about men's breast cancer from the FDA here, and get stats about the disease here.