Experts around the globe agree that most skin cancers are preventable. They disagree, 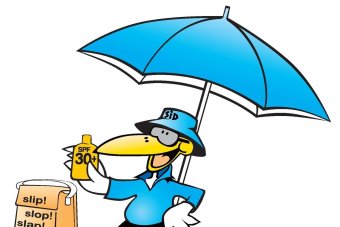 Today, acting U.S. Surgeon General Boris D. Lushniak, M.D., M.P.H., issued a call to action to reduce the incidences of skin cancers. Skin cancer is the most commonly diagnosed cancer in the U.S. and it's on the rise, including 63,000 new melanoma diagnoses each year.

The report marks the first time that the Surgeon General has weighed in on sun protection. Dr. Lushniak describes the rise in skin cancer diagnoses as "a major public health problem that requires immediate action."

The 100-page report calls on all Americans to take the following actions to reduce their risk of developing skin cancers, including melanoma when they are in the sun:

In the Southern hemisphere, Australia -- where some 70% of the population will develop skin cancer -- has all but ditched its decades-old, universal "Slip, Slop, Slap" campaign, which encouraged all Australians to Slip on a long-sleeved shirt, Slop on sunscreen, and Slap on a hat.

More recently, health officials Down Under have taken a more nuanced approach to sun protection, including recommendations on when Australians should skip sun protection all together, and get a daily dose of vitamin D directly from the sun. Rather than a prophylactic approach, the Cancer Council Australia has offered recommendations that are take Australians' varied complexions into account.

By contrast, the surgeon general's call to action advises Americans to get their vitamin D by way of supplements.

You can download the Surgeon General's Call to Action here. Nautilus has an interesting article that contrasts the Australian and American approaches here.

Sid the Seagull taught a generation of Australians about sun protection. Source: http://www.abc.net.au/news/2009-07-06/brits-warned-on-aussie-skin-cancer-risk/1343640