Despite a much-covered data hack on health insurer Anthem, the answer to the title question is "friend", 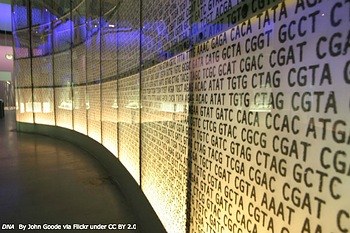 though we're still navigating the early, halcyon days of the relationship.

Two articles in Nautilus this month point to the potential great rewards and the looming risks of having so much data -- and specifically genetic data -- at our collective fingertips. In the first article, Tim McDonnell cautiously posits data as the "New Drugs." In the piece, he marvels at scientists' ability to collect and analyze genomic data faster and cheaper than ever before to uncover the tangled roots of diseases and conditions like premature birth, autism, diabetes, and a variety of cancers.

The "hook"in his piece is the story of a healthy newborn baby girl and her parents whose genomes have been sequenced to help researchers figure out why roughly a half million babies are born too early in the United States. The exciting thing is that unlike a decade ago when sequencing was slow and prohibitively expensive, researchers no longer have to hunt through individual genes in search of  "broken" ones. Today, they can see the whole genomic picture and easily spot the difference between that of a healthy newborn and that of a preterm infant.

Still, McDonnell is careful not to be overly enthused and he articulates the public's and privacy experts' underlying skittishness when it comes to big data:

"The fear: A future in which your genetic information is as readily available as your Google searches to marketers, police departments, and identity thieves, not to mention health insurance companies and employers looking to lower their risk at your expense."

He cautions that even though the data has been de-identified, someone with nefarious (or commercial) intent could reconstruct the identities of all of those de-identified genomes. It can be done.

In the second Nautilus article, author Chip Rowe tells us all to relax because Your DNA is Nothing Special.

Rowe points out that most people have an over-inflated sense of what can happen if their DNA falls into the wrong hands. He assures us that a future resembling  The Minority Report isn't exactly on the horizon.

According to Rowe, the problem is that we are too prone to fall for the idea of genetic exceptionalism: the notion that our genetic information is so defining of our very selves, that it must be protected at all costs. He says that "...too many people believe [genes] define who we are by “determining” our personality, intelligence, appearance, behavior, and health."

He reminds the reader that genes are not destiny and so possessing a marker for, for instance, diabetes, might not mean anything if you've also got a marker that overrides the disease or that your lifestyle choices preclude you from developing it. Rowe's point seems to be that a more nuanced understanding of genomics that catches up to the technology used to collect genetic information could reduce the public's suspicions that big data is the enemy.