Last week, a Reddit user posted a link to an interesting project via the social media site’s You Should Know sidebar. It began, “YSK you can send a scoop of dirt from your backyard to a research group that will analyze it for new antibiotic elements and other medicines.”

Since 2010, researchers from the Natural Products Discovery Group (NPDG) at the University of Oklahoma have asked citizen scientists to send soil samples to their lab in Norman, OK. The goal has been to begin to collect, catalog, and explore the millions fungi in dirt. Fungi produce natural products that can be useful in drug development. Most of us are familiar with penicillin, the most well-known of these natural products. 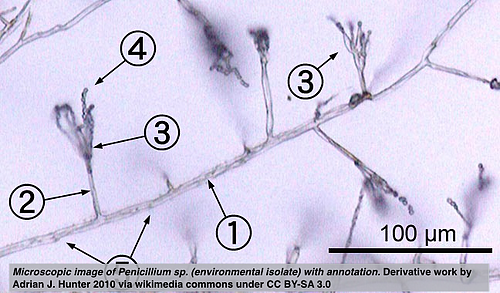 In an article published on the website of the journal Science yesterday, the lab had what it considered moderate success over the past year when it collected about 500 samples from around the country. Since last Friday, following the Reddit post, the lab got 4000 requests for soil collection kits. Lest you think that this number of samples will produce lots of redundant fungi, think again.

On its website, NPDG notes that science has only described a very small quantity of the fungi living on Earth. According the site, this is a condition that is ripe for discovery:

“This situation presents a unique and exciting opportunity to identify novel organic compounds made by fungi that are capable of improving human health. We obtain fungi from a wide variety of substrates including soils, plants, sediments, insects, and animals.”

The group hopes to find new compounds that could prevent cancer cells from proliferating, stop infectious diseases in their tracks, and offer insights into cures for a host of other diseases. To get enough samples, as well as a diversity of samples, the group is enlisting volunteers -- citizen scientists -- to collect and forward soil samples to the lab.

You can request a collection kit here. The NPDG will send you a kit -- including pre-paid return postage -- at no cost.