Today in Drug Development: New Antibiotics on the Horizon?

Although any clinical applications are many years away, there is hopeful news in the world of antibiotics. Researchers from Northeastern University in Boston published a paper in Nature yesterday reporting that they had found a method of extracting antibiotics from dirt-dwelling bacteria.

Developing antibiotics from soil bacteria is not new. Many drugs, including penicillin and some cancer-fighting chemotherapies, came from scientists mining dirt to cultivate lifesaving therapies. The issue, however, is that practically all of the cultivatable bacteria have already been excavated and used in drug development. After decades of use, many of the organisms that the drugs were designed to fight have become resistant to those treatments. 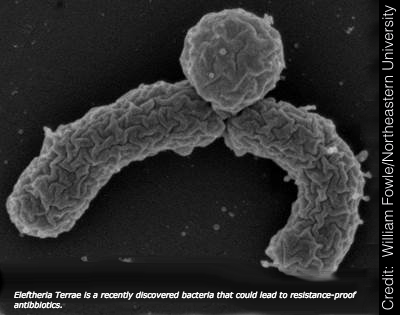 The good news from the team at Northeastern is that they've found a method to cultivate at least some of the "...99 percent of the microbial species in the environment [which are] bacteria that do not grow under usual laboratory conditions." Kelly Servick, a staff writer at Science, describes the process like this:

"Put soil samples into tiny chambers sandwiched between permeable membranes and return these contraptions to the ground. The bacterial strains confined in the chambers will form colonies —thanks in part, the team suspects, to growth factors from neighboring organisms that cross the membranes. The resulting “domesticated” colony can then be removed from the chamber and sometimes will more readily call a petri dish home."

In the lab, at least, the new drug, which is called teixobactin, is powerful enough to kill several strains of infections like anthrax, strep, and even a drug-resistant staph. So far, teixobactin doesn't appear to have negative side effects on human cells and its structure is such that it prevents infections from becoming resistant to it.

This is all very exciting, but it's still very early in the drug development cycle. The researchers predict that there won't be any human trials for at least another two years, and -- assuming successful clinical trials -- no clinic-ready drugs for at least six years.

In the U.S. alone, 2 million people contract drug-resistant strains of serious infections every year, and 23,000 people die from them. The problem is serious enough that the CDC issued a Threat Report about antibiotic-resistant infections that includes recommendations to clinicians on how to curb antibiotic overuse.