I love kale. And arugula, and black coffee, and brussels sprouts. To me, these foods' bitterness is pleasant and, 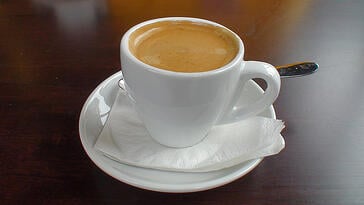 in the veggies' cases, they strike me as subtly sweet. I am a nontaster according to recent health research. Others are very sensitive to bitter flavors and cringe at the mere thought of -- for instance -- eating a radish plucked fresh from the garden.

So why the varied reactions? At the root is a taste receptor gene called TAS2R38 and PROP, short for propylthiouracil, a chemical found in bitter foods. For people like me, PROP glides over the taste buds virtually unnoticed. For those whose TAS2R38 genes are more sensitive, the flavor of PROP can ruin a moderately sweet macchiato or a handful of unsalted walnuts.

For years, theories about why we experience bitter flavors at all have abounded. The most popular one is that we evolved to taste bitterness to protect our ancient ancestors from consuming poisonous foods. However, a recent study published in the American Journal of Epidemiology doesn't support that long-held belief.

When researchers tested sensitivity to bitterness among groups of traditional hunter-gatherers and agrarian groups in Africa, they expected the hunter-gatherers to have the extra sensitive version of TAS2R38. It didn't work out that way.

Gene sequencing didn't show the foragers to be any more sensitive to bitter flavors, in general, than the farmers. So what gives?

It might be that bitterness isn't just about taste; and that it is a leftover from something else. For instance, researchers have found that the TAS1R taste receptors for sweet and umami flavors don't just live in the papillae. They're in male testes and sperm, too, and when those receptor genes are blocked in mice, the mice become sterile. TAS2R38 -- the bitterness receptors -- are also found in the male sex organs, but no one is quite sure why.

So let's say that you really do hate kale and other bitter vegetables. You know that a diet rich in leafy greens is good for your health, but you can't quite get around the bitterness. What to do?

Consider that you might be a supertaster (there's a song about supertasters in the clip below) -- the opposite of me. Besides a having more sensitive TAS2R receptors than nontasters, supertasters also have a higher than average concentration of papillae, which means that they taste PROP. But supertasters are also sensitive to -- and love -- salt. Salt has the benefit of mellowing bitter flavors, and a pinch on cooked vegetables can sweeten them up a bit.

Salt just may be an evolutionary work-around to ensure that we all -- supertasters and nontasters alike -- eat our leafy greens.

For more on what may be in your genes, click here.