My last post talked about off-label use of drugs, which is one way that patients can get access to drugs that are not officially approved for their condition. There’s another way this can happen, and it’s called compassionate use. 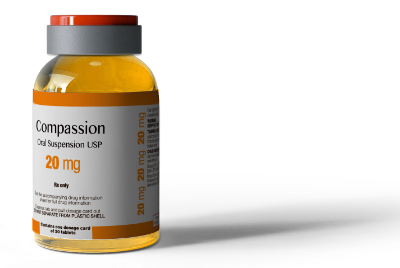 Compassionate use means giving a desperately ill patient access to a drug that they wouldn’t normally have access to. Unlike off-label use, these drugs are ones that are not on the market yet, and usually in clinical trials. Because the criteria for which patients are eligible for clinical trials can sometimes be quite stringent, patients are not always candidates for drugs in a trial. You can imagine that if you were dying and there was a drug in a trial that might extend your life, you might be pretty upset if you couldn’t get into a trial.

There are two types of compassionate use. One is called expanded access, which is for drugs that are showing promising results in late-stage clinical trials. These expanded access programs can get the drugs to patients who might not be able to enroll in a trial due to a variety of reasons. They might not be able to travel to a trial site, or the trial might have already enrolled all the patients it needed. A big problem with expanded access is the question of who pays for the drugs. Drug companies pay for drugs for trial participants, but don’t necessarily pay for those in expanded access programs. And insurance companies won’t typically pay for unapproved drugs either. 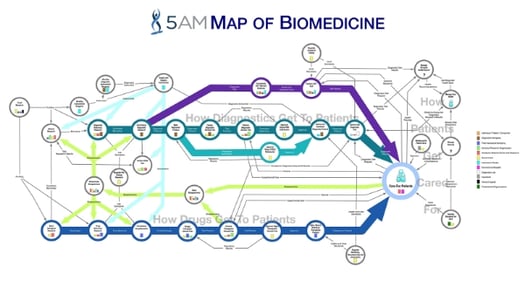 A more controversial type of compassionate use is for single patients. Under this mechanism, an individual patient can request access to a drug based on their specific situation. For this to work, both the drug company and the FDA must approve of the use for the patient. You can imagine this might lead to controversy if a patient doesn’t get access to the drug that they think might be their last hope.

A recent example is Andrea Sloan, a Texas woman who suffered from ovarian cancer. She was treated for the disease over a period of years but in 2013 eventually ran out of options. You might remember from earlier blog posts that I discussed the BRCA genes and that mutations in those genes mean a high risk of breast and ovarian cancer. Sloan had one of those mutations which was thought to be the cause of her cancer. At the time there was a company called BioMarin that had a drug in clinical trials for treating breast cancer. It was specifically being tested on patients with BRCA mutations, but only in breast cancer. At the time, a handful of ovarian cancer patients had taken the drug but there had been no clear indication that it worked.

Sloan requested the company make the drug available to her under compassionate use.

BioMarin refused the request, stating that there was no evidence the drug would work in Sloan’s situation. The dispute became quite acrimonious, with Sloan being supported by a social media campaign and both sides releasing public statements supporting their position. Eventually, another company which remained anonymous, released a similar drug, but it was too late. Sloan passed away in early 2014.

The company has not given a lot of information about why it would refuse such a request. In this kind of situation, the FDA relieves companies of any liability if the treatment doesn’t work or causes adverse events. From Sloan’s perspective, it is a little hard to understand why they would refuse.

On the other hand, since the drug was in clinical trials comparing it to other drugs, and there was no evidence by that time that BioMarin’s drug was any better than the drugs that Sloan had probably already received, why would you give her a drug that hadn’t been shown to do any good, and might even cause harm?

This is a very tough situation, with no obvious right and wrong interpretation. What is clear, however, is that the compassionate use process is not very well understood. For instance, BioMarin, claimed that the FDA had approved compassionate use of their drug, while Sloan’s position was that BioMarin had to apply to the FDA for such approval.

This has led to several attempts to make the compassionate use process more clear. One is a bill that has been introduced in Congress called the Andrea Sloan Compassionate Use Reform and Enhancement Act. The act would require companies to make public their policies on compassionate use and provide justification to patients on requests that are denied. In addition, several states have passed so-called ‘Right To Try’ laws that provide a way for patients to get access to experimental drugs without FDA approval.

It’s not clear how well those measures will work since companies might be reluctant to act without the blessing of the federal regulators, but it is clear that patients deserve more clarity around the availability of potentially life-saving drugs.