A couple of weeks ago, we blogged about the strides being made to combat melanomas by releasing the brakes 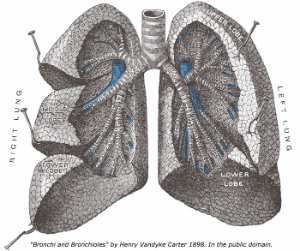 on the immune system. Last week, the FDA approved Bristol-Myers Squibb's Opdivo (nivolumab), an immunotherapy drug that has had dramatic results in lengthening the lives of patients with some late-stage melanomas.

This new approval, however, is significant because the drug has been approved to treat lung cancer. Specifically, it was approved for the squamous cell variety, which is associated with smoking and accounts for up to 30% of lung cancers. According to the NCI, more than 224,000 people in the U.S. got a lung cancer diagnosis in 2014 and nearly 160,000 of them died from it.

Unlike melanomas, researchers didn't have high hopes that immunotherapy approaches would have significant benefits for patients with lung cancer. But exciting results in clinical trials led to Opdivo's approval being notable for its success in lengthening patients' lifespans and the speed with which it was approved. According to a New York Times piece, the FDA set a June deadline to approve the drug, but beat the cutoff by a little more than three months.

Clinical trial participants who were treated with Opdivo every two weeks showed significantly improved survival rates over participants receiving docetaxel, the chemotherapy standard of care (SOC). Participants who got Opdivo survived (on average) a little longer than 9 months, versus 6 months for those receiving the SOC. The results led to the trial's earlier than expected ending because the drug had succeeded in reaching its endpoint ahead of schedule.

Immunotherapy drugs work by blocking proteins called checkpoint inhibitors that switch off the body's immune system. When the inhibitors fail to activate, the body's natural defenses work to fight off the cancer. Researchers have noted that even when tumors don't shrink very much, patients live longer and report feeling better overall.