Precision Medicine and the Placebo Effect 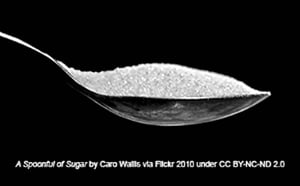 of protagonist Jimmy McGill — suffers from a mysterious, and little-understood collection of symptoms described as electromagnetic hypersensitivity (EHS). EHS sufferers report symptoms ranging from headaches to rashes to burning sensations when they are exposed to electromagnetic fields, such as those associated with cell phones.

There are few studies about EHS, but many conclude that despite sufferers’ very real symptoms, they are no more able to detect electromagnetic fields than those who don’t have symptoms. The studies posit that EHS suffers’ symptoms are the result of the placebo effect’s evil twin, the “nocebo” effect. The placebo effect (also called the placebo response) occurs when people experience real relief from pain or other physical symptoms from chemically inert therapies. On the other hand, nocebo refers to beliefs about a typically inert environment or other agent that brings on actual pain and suffering.

This week, scientists from Beth Israel Deaconess Medical Center and Harvard Medical School published a study in Trends in Molecular Medicine that might shed some light on the fictional Chuck’s, and real people’s propensity to be physically harmed or healed by their beliefs.

Back in 2012, Kathryn Hall, the current study’s lead author, and her colleagues traced dopamine regulation to a gene called COMT. They found that patients suffering from irritable bowel syndrome who also had a COMT mutation that resulted in higher levels of dopamine were more sensitive to both rewards and pain. Patients with the COMT mutation also had a stronger response to placebos.

Placebos are a standard feature of clinical trials for new drugs. One criteria in approving new therapeutics is that they must perform better than placebos among trial participants. In the new study, Hall and her colleagues argue that the genomic basis of the placebo response in some people merits further study independent of whether it outperforms a particular drug, especially as precision medicine evolves.

Hall said in an interview with HealthDay, “As we strive to develop precision medicine, we can't neglect the importance of the variability of placebo responses in people.” However, Hall and her collaborators are adamant that taking the placebo effect into account on its own presents its ethical and clinical considerations that must be weighed very carefully.

The paper advises that studying the “placebome” — how the genome effects placebo response — raises important questions including whether there should be a “no treatment” category in clinical trials and whether patients should be screened to determine how responsive they are to placebos. In the HealthDay interview, Hall ponders, "Is a doctor allowed to lower or increase dosages of pharmaceuticals based on genetic profiles? How should randomized, controlled trials be designed if this information were available?"

The flip side of this is, of course, the nocebo effect, and while we casually referred to it as the “evil twin” of placebo responsiveness, it too, must be a consideration if and when taking the placebome  into account figures into precision medicine. Doctor’s would have to tread carefully so that they don’t write off patients’ symptoms as being “all in their heads” and fail to administer appropriate treatments.

In a blog post in the Huffington Post, Arizona naturopathic medical doctor Alan Christianson recounts treating a patient suffering from headaches that had no apparent physiological cause, but that were, nonetheless, debilitating. Even as the patient tried more and more treatments to alleviate her symptoms, they got worse.

Christianson describes the tightrope that he had to walk to wean his patient off of treatments while ensuring that she got relief from her pain. In other words, his approach was to use her responsiveness to placebos to treat the actual pain. I’m not sure about the ethics of this approach (Christianson assures that part of his method involved helping the patient to conclude that her initial headaches were rooted in a nocebo response), but it is an interesting read. If you've got time, The Atlantic Monthly published a really dark story about the nocebo effect a few years ago.

Up at 5AM has covered placebos before, and you can read that post here.