In terms of our brains, size matters. In the animal kingdom, humans are somewhat remarkable for our brain to 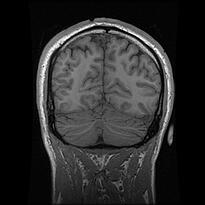 body size ratio. A paper published in Nature points to a genetic basis for the size of some of the structures that make up our brains and that influence diverse functions from being able to ride a bike without thinking about it to remembering your route to work.

The research was conducted by the ENIGMA Consortium (Enhancing Neuroimaging Genetics Through Meta Analysis), and international group of more than 300 scientists from 33 countries. The paper is the first published research by the group which is an NIH-funded Center of Excellence for Big Data Computing. The group's aim is to pool hundreds of thousands of DNA samples and brain scans to get more and better information about how and why our brains are affected by our genome.

One reason that this is so significant is that small neuroimaging studies (and the majority are small) are small because neuroimaging is expensive with scans costing up to $600 per person. The study benefited from researchers pooling their resources and data to so that they could derive meaningful information about the genetic roots of psychiatric and neurological disorders.

With data from 30,000 brain scans, information about patients' genes, as well as other health information, the consortium is looking forward to being able to mine many other signficant insights into brain function.

Sifting through the data, the ENIGMA researchers found strong correlations between apparently tiny genetic variations and the size of a few brain structures. They looked at the hippocampus, which is involved with storing memories and with learning; the caudate nucleus which is the region of the brain that allows you to, for instance, play the tuba, seemingly by instinct, once you've learned how; and the putamen which plays a role in complex movements like running and with motivation.

Although clinical applications are a very long way off, ENIGMA's finding will almost certainly impact research into very serious, but relatively common illnesses. The aforementioned regions of the brain are affected by diseases like Alzheimer's, Parkinson's, and autism.