The Placebo Effect: Is it All in Your Genes?

For years, the placebo effect was the bane of clinical trials. The most revolutionary therapies have to prove 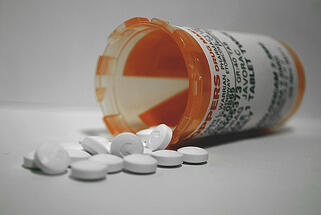 themselves to be more efficacious than a placebo, an inert substance or procedure. Often a sugar pill. But what if that spoonful of sugar is the medicine? For the past few years, researchers have been investigating the up side of the placebo effect. Among their questions: can placebos be valid therapies for real illnesses? Could it change the way that subjects are selected to participate in clinical trials? If placebos work, is it ethical to administer them to patients expecting an acutal drug? And finally, are people genetically predisposed to responding to placebos?

Now for the longer answers. So, can placebos be valid therapies for real illnesses? A 2012 study of IBS patients at Beth Israel Deaconess Medical Center, showed remarkable results in patients receiving a placebo. In the study, some patients received fake acupuncture administered by a curt, indifferent practitioner. Others got the dummy accupuncture by a practitioner who demonstrated warmth and caring. The third group got no treatment. The make-believe accupuncture groups showed significant improvement over those who received no care, with the best results manifesting in those who'd interacted with the more caring physician.

The kicker in this is that the patients who got the placebo, knew that they were getting an inert therapy.

Placebos don't work for everyone, and the traditional view has been that the placebo response is based in patients' psychology. The aforementioned researchers found something else, too. Some of us might be genetically predisposed to respond to placebos.

The researchers found that patients with a variation on the COMT gene produced more dopamine and were more likely to respond to placebos. This could have an interesting effect on clinical trials.

In selecting candidates to participate in trials, researchers could test subjects for the COMT variation and exclude those who are sensitive to placebos. It wouldn't be difficult:

It’s already relatively easy to determine someone’s COMT status, either through direct-to-consumer kits offered by companies like 23andMe or through the standalone, clinical tests doctors can use to tailor drug treatments for schizophrenia patients. And because COMT and other neurotransmitter-linked genes have known roles in the tolerability and efficacy of certain antidepressants, stimulants, and other medications, several companies also include them in multi-gene panels designed to personalize treatment for a range of psychiatric conditions.

Placebos as therapies in general practice is not ready for prime time though. First, it is unethical to give patients expecting an active drug a placebo. Second, in serious illnesses, it's quite a gamble to offer placebos instead of active therepies even in placebo responders. From an article in Nautilus: "If a placebo therapy doesn’t work, it would not only be disastrous for the patient but also leave the medical staff vulnerable to malpractice lawsuits."

An audio interview with one of the researchers who studied the IBS patients is available on the NPR website. 5AM has written about clinical trial software here.

Image Credit: Pills by Marko Javorac via Flickr under a Creative Commons License.